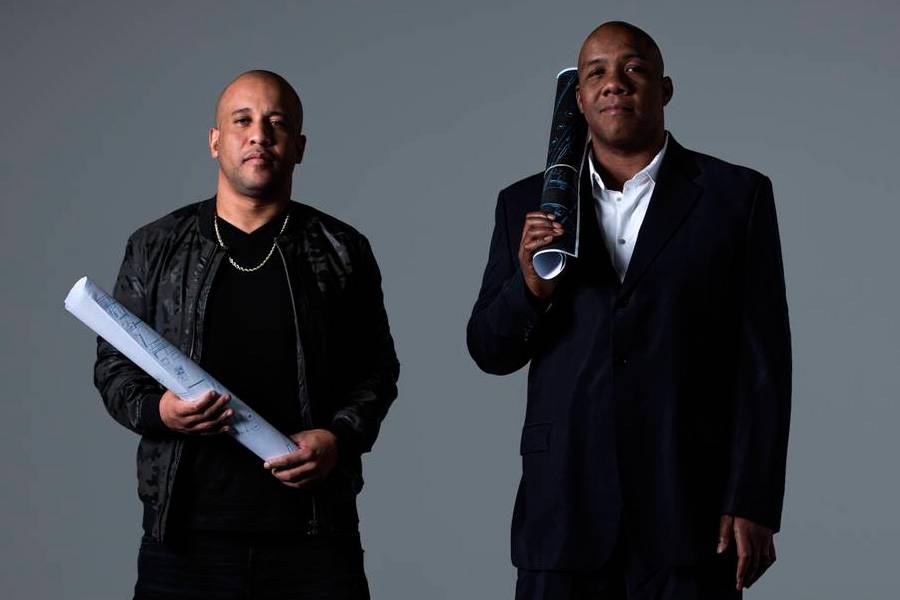 Chatting with Terrence Bligen and Dee Spuriel, one recalls that scene from Swingers in which Vince Vaughn crowns pal Jon Favreau, “the guy behind the guy, behind the guy.”

A lot of people want to be “the guy” in Las Vegas. Bligen and Spuriel present something of a double threat—the former a turntable artist better known as DJ Direct, and the latter a nightlife vet with stops at the Light Group and with SBE on his résumé.

Separately, they’d been blowing up the scene for years. Together, they’re the guys behind Blueprint Sound, an entertainment and talent-booking agency stacked with the city’s busiest DJs.

From ‘Plan B’ to Blueprint

“For me as a full-time DJ, being up all night, coming home late, I was always thinking about Plan B,” Bligen recalls. “I was watching Shark Tank every day, and the wheels started spinning—we could book DJs!”

Spuriel scoffed at the idea, initially. “At first, I didn’t see how this was different, but [Terrence] was looking to fill a void,” he says, by taking DJ talent from the club scene and placing them in nontraditional venues and those that aren’t large [or wealthy] enough to draw the Calvin Harrises of the industry.

Demand is high in Las Vegas, with DJs playing fashion shows, restaurants, corporate events and cocktail lounges. Even the opening of Restoration Hardware had a DJ on the roof. These were the gaps that would give the pair an opening. Suddenly, they had a business plan, a blueprint, if you will: Bligen behind the decks, Spuriel behind the desk.

With a Rolodex of contacts, the duo started collecting talent and making headway in and out of state. Since booking a Super Bowl 50 bash in San Francisco in its first year, Blueprint has sent its talent to places like Shanghai, Paris and Miami, while partnering with NBA Summer League, among others, in Las Vegas.

“It’s an art, putting the right person in the right venue,” Bligen says. “I want DJs that are experienced. We’re experienced, and we can smell that a mile away.”

“Coming from entrepreneurship, you know within the first three years if you have a [successful] business,” Spuriel says.

In September, Blueprint reached the milestone, celebrating its third anniversary at Apex Social Club at the Palms with some of the big names on its roster in attendance: DJ C.L.A., Earwaxxx, Greg Lopez, DJ Kittie and DJ Sincere.

Year four sees Blueprint back at the Super Bowl (this time in Atlanta), along with holiday events and the 2019 convention season— the latter making for some of the busiest, and most memorable, times in company history. “At corporate events you never know what you’re going to see, you don’t realize how hard these people party,” Spuriel says. “You’re at a convention with a bunch of teachers, and you’d think they were at EDC.”

Adds Bligen: “Everybody wants to have a good time. A good time has no face on it.”